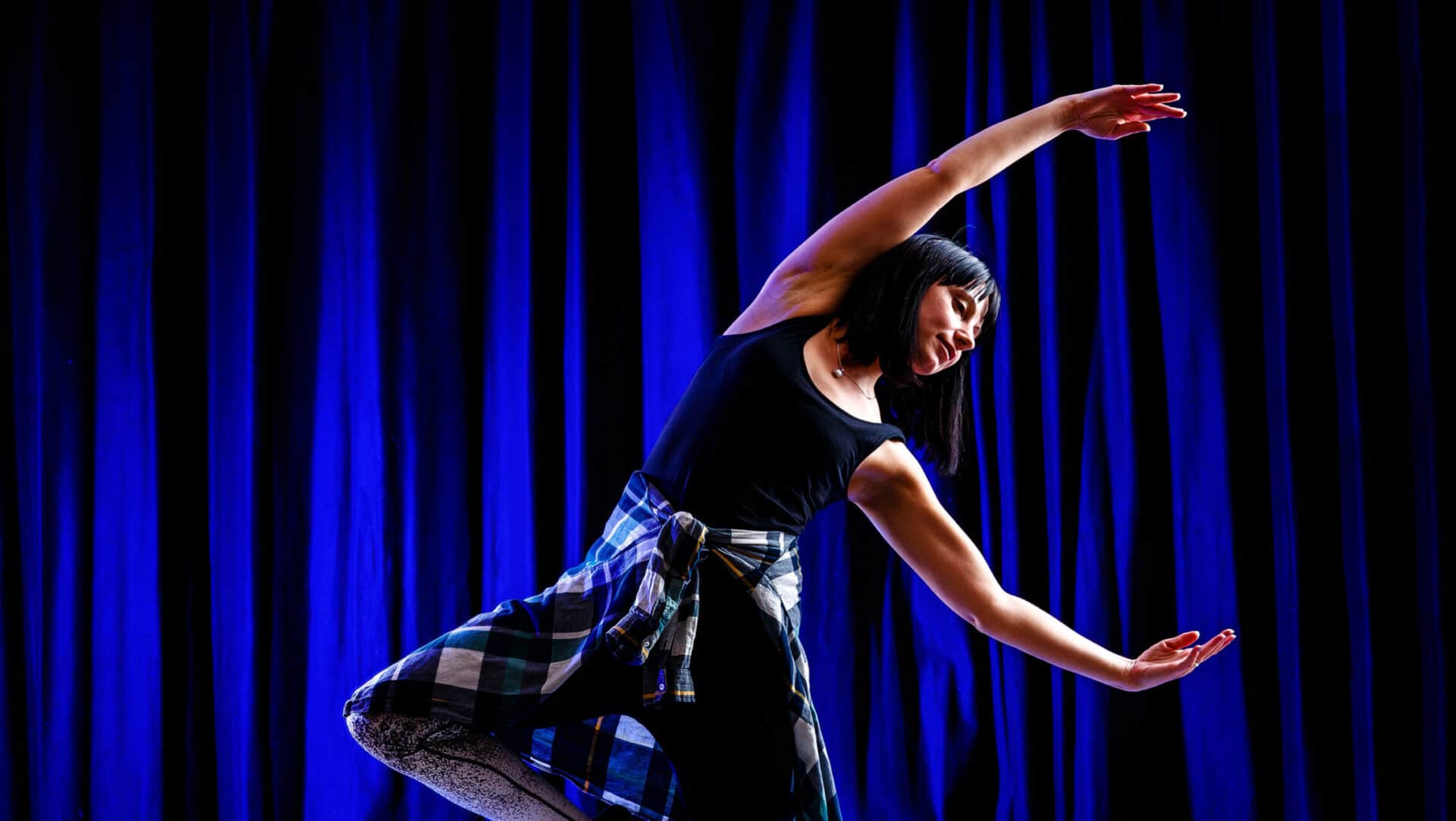 “You have to love it”

Dance is life. That was the case for Lina Denevald while growing up in the Soviet Union. Now she shares her knowledge with children in Boden. Through the dance, Lina has gained a social context in a new country.

When Lina Denevald was five years old, she trudged off to the dance school in the small village of Crimea on her own, without her parents’ knowledge. And she loved it from the first second.

– The dance school was close so I went there and tried and I thought it was great fun. Then my mother met the dancing lady who said “your daughter has started with me”. So, that was it, says Lina.

When it was time to start school, she got a place in the cultural school that had just opened in the village. After the general lessons, she had music and dance, with curriculum, tests and grades.

– It is not so easy to learn ballet. It requires a lot of work, patience and ability to concentrate. You have to love it, of course. It was my life and I could not imagine anything else.

She continued to dance throughout school and worked extra at a preschool as a music and dance teacher. A dream since childhood was to train as a teacher.

– I loved to teach and wanted to teach everyone, it was my favorite game that I always played when I was little.

But there Lina’s mother said stop. Since she herself was a teacher and the working conditions there and then were not good, she advised her daughter to invest in finances instead. And so it was, five years of study and then a job as an accountant. Until she met the love of her life, Alexander.

A new life in Boden

After two years at a distance, Lina took the step in October 2010. She followed the love and moved to Boden with her son Nikita. Life started again and Lina began to learn Swedish. One day she received a brochure that Boden’s gymnastics club was looking for a coach, including in dance. So she gave it a try.

– I only knew a few words, but the children never said they did not understand. There was good understanding between us all the time. It gave me the strength to believe in myself. I sometimes felt that life lacked meaning, it was so hard to start everything from scratch. The dance gave me something to work with and helped me feel good, Lina remembers.

Through association life she gained a social context and felt less alone. After a while, she started her own dance association, Art Dance Studio, together with some committed parents. The association has about 65 active dancers aged 3 to 16 and the dance is artistic, a mixture of ballet and modern.

– It takes an enormous amount of time, I have no free evenings. Interest in dance is growing in Boden so we need more leaders. It’s a lot of work and one person can not do everything. The parents who have understood it help a lot with everything possible. It will be a nice togetherness, we will be like a big family that everyone is helped to, says Lina.

Her own family is also involved in the association. The daughter Alice, eight years old, hung on her hip when Lina started as a dance teacher and has been dancing herself since she was two years old. Her husband Alexander helps with technology and film and also dances when needed. They live just a few blocks from the dance studio so the #närhetsliv makes it easier.

When Lina changed homeland, she also took the chance to change careers and realize her childhood dream. She studied morning to evening for nine years and has been working since last autumn as a teacher in math / NO. Of course she can be tired after work and wonder how she will cope with three dance classes in the evening. But the second she sees the children streaming into the room, her body fills with new energy.

– It’s great fun to pass on what I myself can to those who want to learn. It is a great combination when both sides want to give and receive. Seeing their development is what gives me the drive to continue working, says Lina.

As a dance teacher, she has had the opportunity to develop her pedagogy even before she entered the teacher education.

– I reflect a lot afterwards, what I need to do more or in another way. Both I and the children develop, we do it together.

Since 2015, Art Dance Studio has been a recurring feature of Boden’s National Day celebrations and the dancers are also involved in Dance Day, Athletics Day, Culture Night and Boden Alive, at dance camps and during activities during the holidays. More and more people come and watch and many get in touch with praise, even those who do not have relatives on stage.

– We do our artistic dances for an audience and to spread joy, not just because it’s fun to dance. And that means that feedback from the audience is very important to us.

Their biggest production to date was the Christmas show 2019, where they had live music for the first time. An atmospheric dance story was topped off by a 100-year parade with dance, music and clothes from the past century to contribute to Boden’s 100th anniversary celebrations. Lina loves the whole process, from the planning to the final applause.

– You meet challenges, train hard, see the joy and see that they have succeeded. The dance on stage is the result, but also part of the learning.

She thinks it is important to give children and young people in Boden the opportunity to dance nearby, to give them knowledge, self-confidence and community. She hopes that through dance she can give more people a happy childhood and create memories for life. # 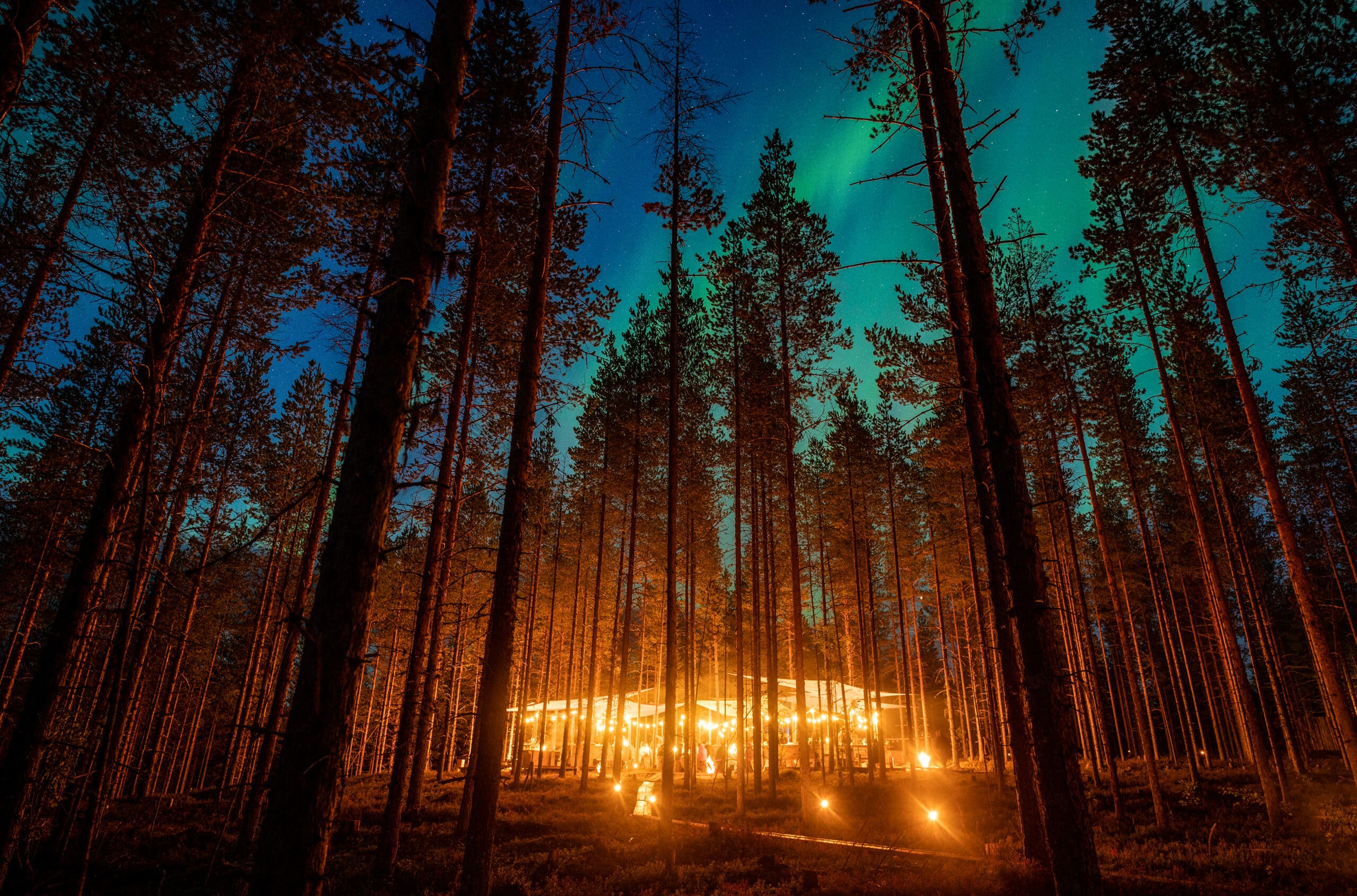 New Culinary Heights With Local Food Under the Northern Lights

Nine star chefs from Michelin restaurants throughout the Nordics. Flavourful food grown and matured in the land of the midnight sun. Seasoned with northern lights, 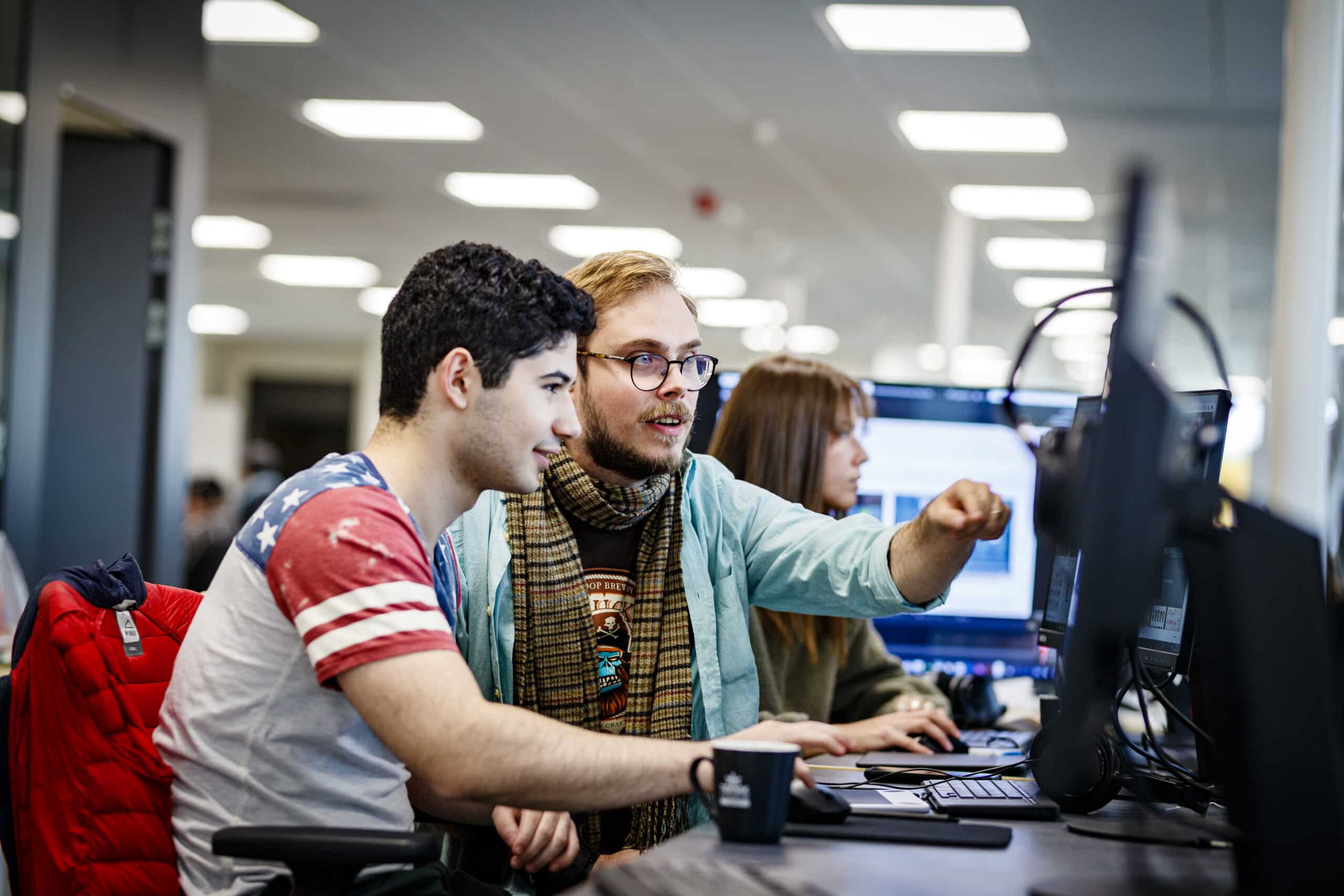 The gaming industry is one of Boden’s strong and rapidly growing industries. This autumn another game training programme will be added at Boden Game Camp, 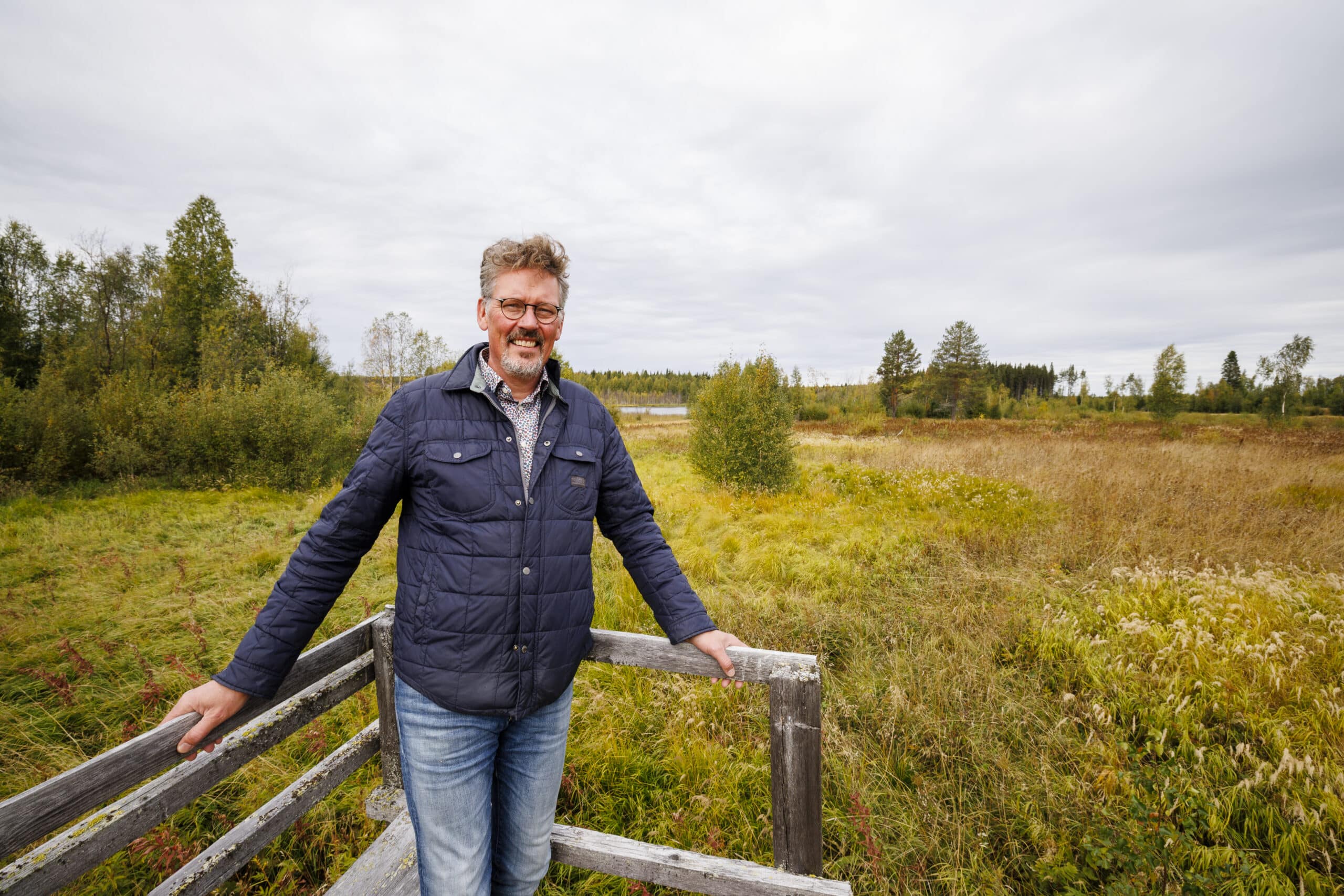 Here the Vision of the Green Transition Becomes a Reality

For almost 40 years, Thomas Fägerman has been called a visionary and dreamer in the field of sustainability. But the green transition considered utopian is 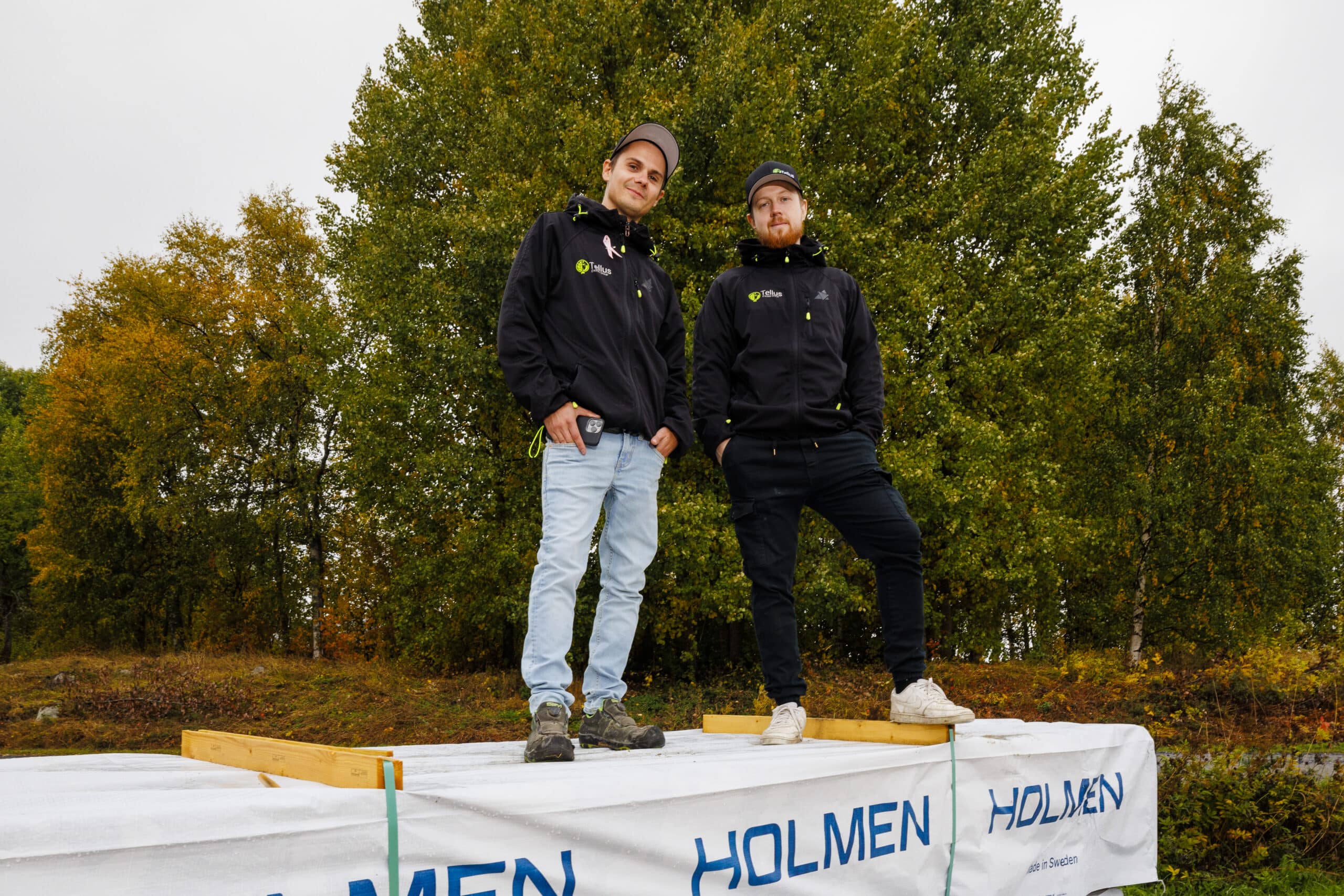 New Robin Hood Company has Made Re-Use a Business Case

For several years, Andreas Morat and Fredrik Alnelind saw how large amounts of unopened building material were rushed to the dump. Now they run a